But if, in our endeavor to be justified in Christ, we too were found to be sinners, is Christ then a servant of sin? Certainly not! For if I rebuild what I tore down, I prove myself to be a transgressor. For through the law I died to the law, so that I might live to God. I have been crucified with Christ. It is no longer I who live, but Christ who lives in me. And the life I now live in the flesh I live by faith in the Son of God, who loved me and gave himself for me. I do not nullify the grace of God, for if righteousness were through the law, then Christ died for no purpose.

You are justified in God’s sight not because of what you have done, but only by what Christ has done for you, and imputed to you by God’s free grace.

1. By God’s Free Grace—It doesn’t matter if you are a Jew or a Gentile, all are justified by grace through faith in Christ. Justification is, in God’s Court, your being declared righteous. If our righteousness is filthy rags, then justification by God is a gift.

2. He Pardons All Our Sins—In the case of your standing before the Lord, it is impossible to plead innocence. If you only ever committed the least sin, you stand condemned by the Law, because it is holy, good…

The following is an outline based on the notes taken during the sermon preached by Rev. Joe Troutman at Mid-Cities Presbyterian Church (OPC) in Bedford, Texas on October 26, 2014. Audio

John the Baptist points away from himself to Christ, so that all may know that Christ is the Lamb of God who takes away the sin of the world.

a. Not asking for genealogy—they likely know of his father, Zechariah.

b. Jewish leaders would be remiss to not examine John the Baptist.

1. Confesses Christ by denying being him.

2. There were many itinerant claimants to Messiahship.

a. Matthew’s description of John the Baptist an allusion to Elijah (Matthew 3:4)

1.“Who are you? We need to give an answer to those who sent us. What do you say about yourself?”

B. John the Baptist’s Fourth Answer

3. A metaphorical call to repair the roads to ease the return of repentant Jews from Babylonian Captivity—the literal near fulfillment.

4. John the Baptist and his baptism of repentance (Luke 3:3) is the spiritual and ultimate far fulfillment.

5. John the Baptist is like a pre-battle bombardment to soften a target before an attack.

1. “The why are you baptizing, if you are neither the Christ, nor Elijah, nor the Prophet?”

1. “I baptize with water, but among you stands one you do not know, even he who comes after me, the strap of whose sandal I am not worthy to untie.”

2. Like his confession by denial above, John the Baptist magnifies Christ by diminishing his own importance (John 3:30).

B. “The next day he (John the Baptist) saw Jesus coming toward him, and said, ‘Behold, the Lamb of God, who takes away the sin of the world!’

a. John the Baptist refers to Christ in terms of the Passover Lamb.

1. Negatively, he calls the Jews to his baptism of repentance.

2. Positively, he points to the Lord Jesus Christ to bear witness that he is the Son of God that they might believe.

D. If you believe in Christ, he has borne your sins; therefore, repent of your sins and reaffirm your faith in him in Christian worship.

The following are notes from the sermon I heard yesterday, October 13, 2013 at Mid Cities Presbyterian Church. The sermon is called “Crossing the Jordan, Part 1,” and is based on Joshua 3:1-5. Rev. Joseph L. Troutman preached the sermon. Some of the material below is original to me, however.

1Then Joshua rose early in the morning and they set out from Shittim. And they came to the Jordan, he and all the people of Israel, and lodged there before they passed over. 2 At the end of three days the officers went through the camp 3 and commanded the people, “As soon as you see the ark of the covenant of the Lord your God being carried by the Levitical priests, then you shall set out from your place and follow it. 4 Yet there shall be a distance between you and it, about 2,000 cubits in length. Do not come near it, in order that you may know the way you shall go, for you have not passed this way before.” 5 Then Joshua said to the people,“Consecrate yourselves, for tomorrow the Lord will do wonders among you.”

The big idea of this sermon is that the gap between God and Man is caused by our sin, and is bridged only by Christ, who is God with us.

1. Follow Me (verses 1-3) they set out from Shittim. And they came to the Jordan The distance between Shittim and the Jordan River is about 12 miles. The trip took about a day.

and all the people of Israel, and lodged there before they passed over. Day 1:Their arrival, there for partial day; Day 2: “Lodged” all day; Day 3: There a partial day before crossing the river. Similar to the timing of Christ in the tomb–he wasn’t in the tomb for precisely 72 hours, but part of the first day, all of the second, and rose before sunup on day three.

Condition of the Jordan River, see verse 15: (now the Jordan overflows all its banks throughout the time of harvest) It was springtime, and the river was turbulent.

“As soon as you see the ark of the covenant of the Lord your God being carried by the Levitical priests, then you shall set out from your place and follow it. Yet there shall be a distance between you and it, about 2,000 cubits in length. Do not come near it, in order that you may know the way you shall go, for you have not passed this way before.”

The ark of the covenant symbolized God’s presence. It was holy because God is holy. In the Bible, all visible signs of spiritual truths are so closely associated with the spiritual truth that it is identified as if it were the spiritual truth. In the Hebrew text of Joshua 3:17, the ark is not only called the ark of the covenant, but the covenant itself. This is why some mistake baptism as the thing that actually saves, and that the bread and wine of the Lord’s Supper are actually transformed into the literal body and blood of Christ. The sign is called by the name of the reality, but the sign only points to the reality; the sign is not the reality. That’s why, in chapter 27, section 2 of the Westminster Confession of Faith, it reads:

There is, in every sacrament, a spiritual relation, or sacramental union, between the sign and the thing signified: whence it comes to pass, that the names and effects of the one are attributed to the other.

In a sense, the ark was treated by the Israelites the way the sacraments of baptism and the Lord’s Supper are treated by Bible-believing Christians today.

Yet there shall be a distance between you and it, about 2,000 cubits in length. Do not come near it,

Two thousand cubits is about three thousand feet–over half a mile. This distance which the Israelites were to keep between themselves and the ark of the covenant symbolizes the distance between the holy God and sinful humanity. Although God was with his people, their sins still separate them from him; however, the Levites were graciously allowed to carry the ark, and thus the priesthood does its job of mediating between the holy God and sinners. They represent the people to God, and thus he is near his people while keeping a safe distance for the good of his people. This nearness of God with Man, while at the same time being separate from them is ultimately bridged in the person of Jesus, our Great High Priest.

Then Joshua said to the people, “Consecrate yourselves, for tomorrow the Lord will do wonders among you.”

The people must set themselves apart from unclean things, as well as from common things. God is holy, so they must be holy. God is clean and he is uncommon, therefore, so should the Israelites make this spiritual fact ceremonially visible in the same way the ark makes the presence of the Lord ceremonially visible. They were to wash their clothes and abstain from sex, as in Exodus chapter 19, which gives a good description of the way the people must consecrate themselves and keep a safe distance from Mount Sinai, and the severity of the consequences if they do not.

Similarly, Christians should see themselves as called out from the unclean and the common, to be God’s chosen possession.

But you are a chosen race, a royal priesthood, a holy nation, a people for his own possession, that you may proclaim the excellencies of him who called you out of darkness into his marvelous light (1 Peter 2:9).

“…for tomorrow the Lord will do wonders among you.” Miracles are a sign of God’s power announcing that the observer is in the presence of God. Christ himself so far surpasses Old Testament miracles that if we are unaffected by the fact of his incarnation, righteousness, substitution for us on the cross, his resurrection and ascension to be enthroned on the right hand of God the Father, this speaks ill of our spiritual condition. Jesus, the God-Man bridges the gap between the holy God and sinful humanity, and consecrates those who repent and believe that they might draw near to God to serve and worship him. 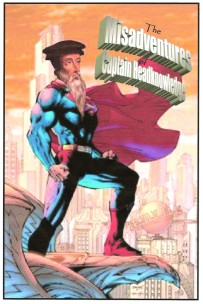 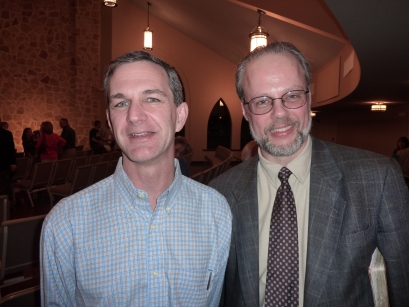 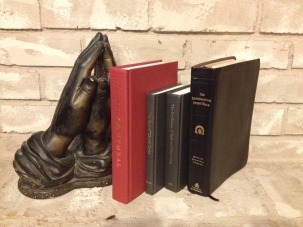 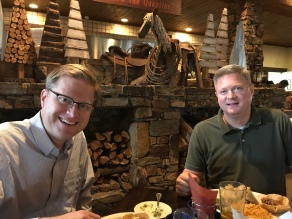 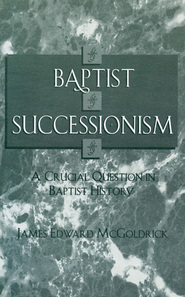 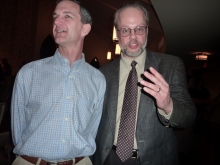 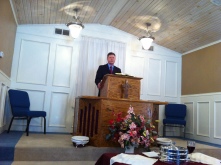