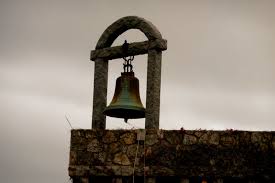 For Whom Does Bell Toll?

Ken Silva at Apprising Ministries has begun a series of posts reviewing an advance-reader copy of Rob Bell’s Love Wins: Heaven, Hell and the Fate of Every Person Who Ever Lived (2011, HarperCollins), and he confirms that what Bell is teaching is a form of universal reconciliation–that yes, unbelievers go to hell, but will eventually be reconciled to God. Read Silva’s first post here.

Silva writes, “[Bell] makes no apology for his declaration that while Hell is a real place, and people will go there, it’s not forever.  Ultimately, God’s love will prevail for every person and they will be restored” (emphasis mine).

The Wikipedia entry on “Universal Reconciliation,” to which I linked above, explains, “The concept of “reconciliation” is related to the concept of Christian salvation — i.e., salvation from spiritual and eventually physical death — such that the more [sic] (presumably, “mere”) term, “universal salvation,” is functionally equivalent. Univeralists [sic] espouse various theological beliefs concerning the process or state of salvation, but all adhere to the view that salvation history concludes with the reconciliation of the entire human race to God.”

See? We alarmist conservatives who are up in arms about Rob Bellion told you so.

Rob Bellion is as the sin of Witchcraft!

Say goodbye to the Edge.
Toured the Harry S Truman Presidential Library today, and then I went a few blocks over to view his house and the church he got married in, all in Independence, Missouri today. #harrystruman @trumanlibrary