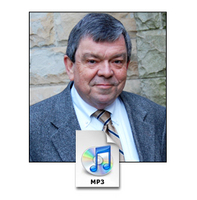 Thursday, February 4th, on “Lutheran Public Radio,” a show called Issues, Etc. on the topic of repentance. Dr. Rosenbladt’s WHI co-hosts, Mike Horton and Kim Riddlebarger, began calling him “Dad Rod,” chiefly, I think, because it was his sense of urgency that American Evangelicalism needs to be reintroduced to the gospel, that drives the vision of their show. Among other things, revivalism has transformed American Protestant Christianity into something more akin to the medieval Roman Catholic spirituality and Anabaptistic enthusiasm  (don’t ignore this link!) than anything produced by the Protestant Reformation of the Magisterial Reformers, Martin Luther, John Calvin and Ulrich Zwingli. One of the things that revivalism has “De-formed” in America is the doctrine of repentance.

The revivalist version of the doctrine of repentance is one which puts all the emphasis on the work of the believer to be sorry or contrite enough, really mean it when he repents, and shows that he’s really repented because he has actually ceased and desisted of any recurrence of the particular sinful behavior repented of. “Dad Rod” clearly and simply summarized the Reformation view of repentance from the believer’s perspective when he said . . .

“Our repentance is always imperfect and always half-hearted. . . This is preparation for believing the gospel promise (of forgiveness). . . and we do that half-heartedly, too. But God saves us in Jesus anyway.”

If you didn’t just breathe a sigh of relief, watch out! You may just be one of those dishonest people who thinks they’ve got this obedience to the Law thing down.

By the way, you can learn more pearls of wisdom from our Lutheran Dad Rod at his very own website, New Reformation Press.