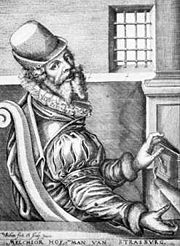 “Since therefore the children share in flesh and blood, he himself likewise partook of the same things, that through death he might destroy the one who has the power of death, that is, the devil, and deliver all those who through fear of death were subject to lifelong slavery. For surely it is not angels that he helps, but he helps the offspring of Abraham. Therefore he had to be made like his brothers in every respect, so that he might become a merciful and faithful high priest in the service of God, to make propitiation for the sins of the people. For because he himself has suffered when tempted, he is able to help those who are being tempted” (Hebrews 2:14-18 ESV).

The first sentece of this passage specifies that Christ partook of the same flesh as humans and that he partook of the same blood as humans. Adding to this it goes on in verse 17 that his partaking of human flesh and blood was the way in which he could be a merciful and faithful priest who can propitiate God for the sins of the people, specifically, “his brothers” “the offspring of Abraham” (other parts of the New Testament would call these people “the elect,” but that’s a whole ‘nuther post–on Limited Atonement!!!). This means that if his flesh and his blood aren’t entirely human–specifically, not the product of Mary’s reproductive system, then he couldn’t truly empathize with us. The writer of Hebrews even underscores this by saying that Jesus didn’t come to help angels, but humans. If his blood was divine, then it could be said that Christ may not have been made “a little lower than the angels.” At the very least, if it was divine blood and heavenly flesh, he would have been somewhere between angels and humans and not genuinely on the human level and exception could then have been taken against his attempt to propitiate God on behalf of the elect children of Abraham.

I hope you can see now how important it is that Christ be regarded by Christians as one hundred percent human–utterly human right down to the last drop of Abrahamic, Judaic, Davidic, Marian blood. The full divinity and full humanity of Christ joined in one person is a doctrine so important that it has bearing on Christ’s ability to reconcile God to sinners, and this is the reason that in the fifth century, an ecumenical council had to be convened in Chalcedon to search the Scriptures more closely as a worldwide church to settle once and for all just how divine and how human Christ is. But naturally, just because a council rules against a heresy, that doesn’t mean the errant tendency is forever universally squashed. Those who refuse to learn the lessons of history repeat its mistakes in every generation; in the post-apostolic era, the medieval era, the Reformation era, as well as the modern era. Such is the case with the divine blood error, and such is also the case with the heavenly flesh error.

The Reformation era Anabaptistic doctrine of the heavenly flesh of Christ enters the history books due to the influence of arch-Anabaptist, Melchior Hoffman. The Elwell Evangelical Dictionary gives a concise summary of Hoffman’s distinctive doctrines as well as his several historic misadventures. The Anabaptists in general, called the radical reformers, thought Zwingli, Luther and Calvin didn’t go far enough in reforming the catholic faith because they insisted on making sure the doctrine they reformed was consistent with the ecumenical catholic creeds of the first 500 years of church history. The Anabaptists opted to reinvent the wheel from scratch with their Bible and their inner light or divine spark within. That’s why a man like Melchior Hoffman could go blur the line between Christ’s two natures and help preserve such unorthodox interpretation for future generations.

I’m not aware if the Independent Baptists with which I spent the first twenty years of my spiritual life taught the modern fundamentalist concept of the heavenly flesh of Christ or not, but during the nine years I spent at CBC, the doctrine was repeated early and often. One proof text provided the spring board for propagating this doctrine:  Hebrews 10:5; specifically, the phrase, “a body thou hast prepared me.” The idea went something like this: God’s “preparing a body” for Christ means that God specially created the body of Jesus in heaven and the Holy Spirit inserted it in Mary’s womb, which body she carried to term, much like a modern surrogate mother.  I can’t say with certainty who it was that passed this interpretation on to the leadership of CBC, but my suspicion is that the source is someone like Peter S. Ruckman. However, there is no way for me to know now. But writers of his persuasion revel in the unhistorical assertion that Baptists aren’t Protestants, so when they find a proof text for a teaching that differs from the historic orthodox Protestant view, promoted by someone with whom they presume a link due to their doctrine of Baptist successionism, they are liable to take full advantage of it. Having this doctrine taught out of this text, I could tell they weren’t doing justice to it, but at the time I couldn’t figure out how to compete with the interpretation, so I left all criticism of it on the back burner.

But for starters, let’s think about the immediate context. The first ten verses of Hebrews 10 constitute one section, or pericope. The big idea of this pericope is the temporary nature of Old Covenant animal sacrifices and the once-for-all-time effectiveness of the sacrifice of the body of Christ. When verse five quotes Psalm 40:6, it is quoting the reading that is found in the Septuagint, as you will notice a difference in the wording of your English Old Testament, a translation of the Masoretic Text, In the KJV, the phrase is translated “mine ears hast thou opened,” and in the ESV, it reads, “but you have given me an open ear (the more literal alternate reading in the footnote is, “ears you have dug for me.”). “In the Septuagint . . . , which Hebrews follows, this psalm speaks of the readiness of the whole person (‘the body’), not just a part (the ‘ears’) of the person. Thus, the ‘body prepared for me’ refers to Jesus’ readiness to become human and to suffer death on our behalf. (2:14; 5:8). See WSC 22” (NIV Spirit of the Reformation Study Bible footnote on Hebrews 10:5). The main idea of verse 5 is Christ’s readiness to offer himself, rather than information regarding the constituent nature of Christ’s human body.

After I adopted Reformed theology, and came to the conclusion once and for all that the Baptist Successionist view is incapable of accurately handling the facts of history, and is not the true history of the Baptist tradition, I was searching the web one day for reading on Baptist history and found an interesting essay called “A Primer on Baptist History: The True Baptist Trail,” by Chris Traffanstedt. In this essay, under the heading of “Anabaptist Influence,” Traffanstedt writes, “They [the Anabaptists] also believed that Christ did not take His flesh from Mary but held to a heavenly origin for His flesh.”

This naturally reminded me of my former pastor’s frequent flawed exposition of Hebrews 10:5. This is what lead me to the conclusion that he was following this doctrine because it is not the view of the “Protestant” reformers, but of the “baptistic” ones. For example, if you were to ask an ordinary, non-Reformed Baptist nowadays, whether they thought Christians ought to give any credence to the early ecumenical catholic creeds which deal with Trinitarian or Christological issues, many will likely say no. Others, who are more on the ball, may say that they would affirm its trustworthiness as long as it squared with Scripture, but, of course, being Baptist, they would accept no obligation to recognize it as authoritative in any, not even a secondary, way. Either response exhibits a willingness to completely disregard statements such as the Definition of Chalcedon, much like the Anabaptists did.

Primitive Baptist E. A. Green, has posted a helpful article called, “Heavenly Flesh,” drawing from Harold O. J. Brown’s book, Heresies: Heresy and Orthodoxy in the History of the Church. The following excerpt from Green’s essay brings into focus the historical and theological issues:

The novel Heavenly Flesh concept, known also as Celestial Flesh, emerged among independent groups. In retrospect it could be argued that their apparent lack of interest in the creeds left them vulnerable to old errors. Harold O. J. Brown observes:

“Abandoning the distinctive two-natures formula of Chalcedon, the radicals were free to deal with the implications either of humanity or of deity without having to worry about the other. A smaller number reverted to an Arian or adoptionistic view of Christ, and the first stirrings of the modern heresy of Unitarianism began. A larger group emphasized the deity of Christ’s being to such an extent that the humanity seemed to disappear; in this they had much in common with the early Monophysites, although they usually lacked their theological sophistication.” [HERESIES; pg. 327]

The Heavenly Flesh concept emerged as a Reformation-era explanation to the theological problem of the sinlessness of Christ. Centuries earlier the Catholics had responded to the same problem with the doctrine of The Immaculate Conception of Mary. The radicals argued, like the Roman Catholics, that if Jesus was born of a mother tainted with sin, he could not himself have been sinless. Their argument went on to explain that while Jesus was begotten and carried “in” Mary’s womb, he was not born “of” her; he did not derive his flesh from her. Hence, the heavenly origin of Jesus’ flesh.

And hence, the source of Christ’s sinlessness. This is the concern of modern fundamentalists and evangelicals who hold to modern forms of the divine blood and heavenly flesh teachings. How unfortunate it is that they would rather go outside the bounds of orthodoxy to protect Christ’s sinlessness, than remain in it and risk being called “catholic.” That’s what I call falling out of the frying pan into the fire.