How to Draw Distinctions 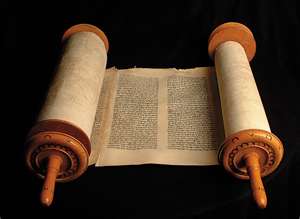 There are a number of especially common and compelling misconceptions about the Bible which are held by the unbelieving world. One of the more popular ones is using nonmoral Old Testament laws against the eternally binding moral laws. For instance, in arguing against the Christian’s appeal to the Old Testament’s prohibition of homosexuality, many will accuse us of inconsistency since we don’t also equally observe the Mosaic Laws against eating unclean animals like shellfish, or meat with blood in it. From my standpoint as one who grew up being instructed that there are distinctions between moral, civil and ceremonial laws, it looks like those not so informed don’t know how to draw simple distinctions. But the apostle Peter once wrote about the fact that uninformed people twist Scripture to their own destruction (2 Peter 3:16), so I guess it’s not uncommon for unbelievers to have such trouble with handling the Word of God correctly (2 Timothy 2:15).

URCNA Associate Pastor, WSC Professor of Systematic Theology and Apologetics, prolific author and host of The White Horse Inn radio show, Dr. Michael Horton has written an informative explanation of this distinction between Old Testament laws. He shows why and how some were typological and thus temporary, associated with the ancient Israelite theocracy until their fulfillment in the redemptive life and ministry of Israel’s Messiah, the Lord Jesus Christ. He also explains that others are eternally and universally binding on all people at all times and in all places as part of God’s way of informing the world of their common need for redemption in the same Messiah of Israel, the Lord Jesus Christ, since the Bible teaches that the wages of sin is death, but the free gift of God is eternal life in Christ Jesus our Lord (Romans 6:23). After his sacrificial death and miraculous resurrection, Christ has ascended to the right hand of God the Father enthroned in heaven to rule over all the nations spiritually, not geo-politically (John 18:36), through the preaching of the Law and the Gospel by calling out a people for his name (Acts 15:14) from every tongue, tribe and nation (Revelation 14:6).

In “Why Can’t I Own Canadians? Rightly Dividing the Word of Truth,” Horton writes (read the rest here):

The commands in the old covenant law (viz., Leviticus and Deuteronomy) are specific to that remarkable geo-political theocracy that foreshadowed the universal kingdom of Christ. The deliverance of Israel in the exodus anticipates a far greater exodus through the waters of death and hell in Christ. The holy wars pale in comparison with the judgment of the nations that Christ will execute at the end of the age. Even if Israel had been faithful to this covenant, Canaan would have only been a type or small-scale model of the extensiveness and intensiveness of God’s reign at the end of the age. Moses could not give God’s people rest in the land of everlasting Sabbath. As the prophets proclaim, this would only come when one greater than Moses would rescue his people and lead them victoriously into the perfect peace, love, and joy that he would win for his co-heirs.

Best chicken fried steak in Grimes County, Texas! #sweetpscafe #plantersville
Took Kathy, Granny and Abigail (reformedabby) to a baby shower for her Kathy’s cousin Robbie’s daughter, Meghan (@meghan.y_ ), in Paradise, and now #GeorgeLucas and I have taken up residence in a booth in a good, old fashioned #DairyQueen in Bridgeport.
After a strenuous walk with the fluffy, white fur ball of chaos, Gracie is plum tuckered!